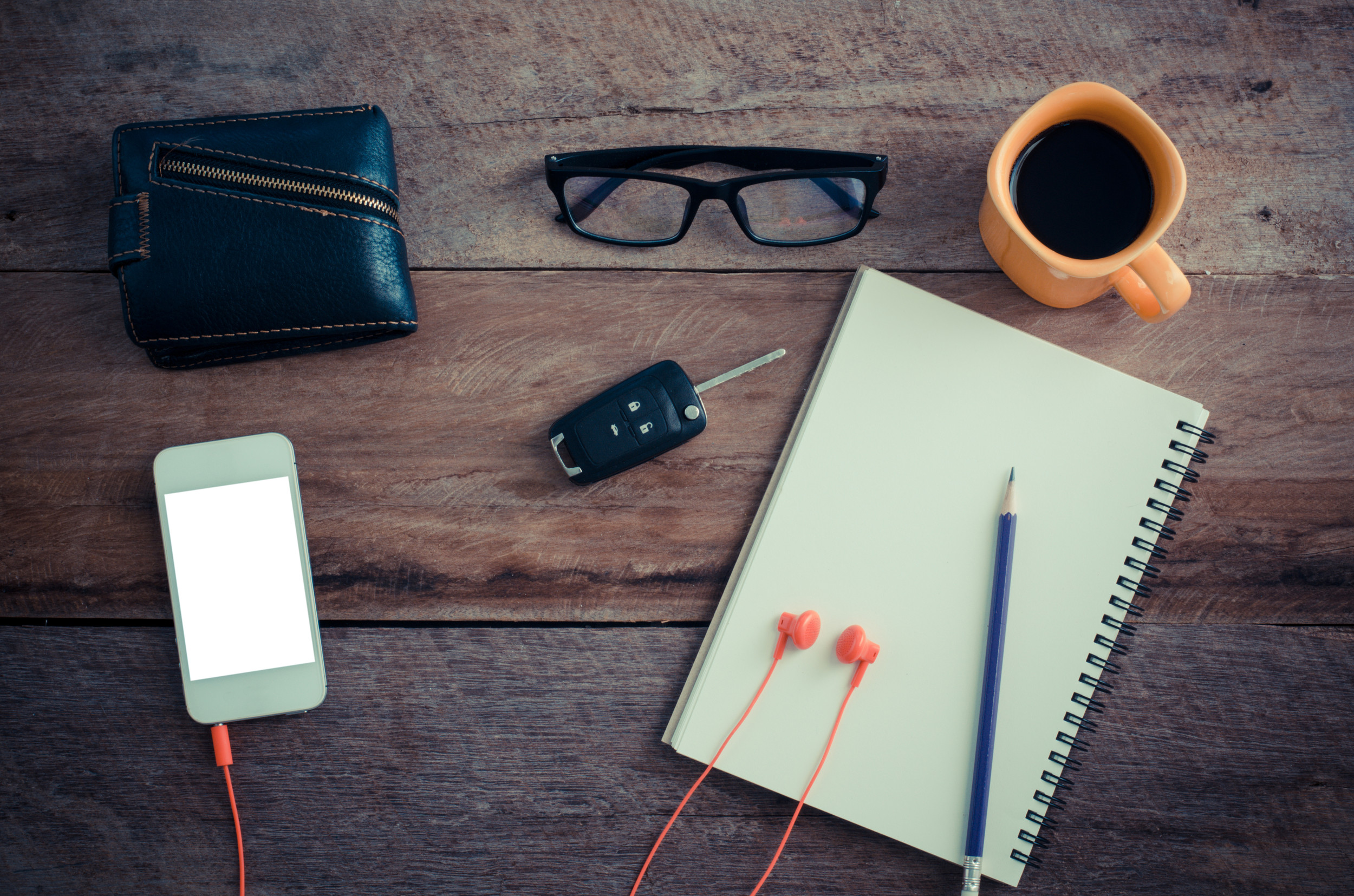 Only a third of Americans bother to create a written or computerized budget each month, according to a 2013 Gallup poll on budgeting, the most recent available.

Considering the state of personal finance in the U.S., this actually explains a lot. A recent study showed that fewer than half of Americans have more than $1,000 in savings, and the average indebted household now has more than $16,000 in credit card debt. A recent study from CareerBuilder even revealed that 78% of American families live paycheck-to-paycheck – including one in 10 workers who make more than $100,000 a year.

In a world where budgets are scarcely used, this is the outcome. While a lot of financial hardship may be due to circumstances beyond someone's control (e.g., job loss, poor health, or stagnating wages), budgeting offers a way for the rest of us to take control of our finances and maximize the money we earn. Yet, for some reason, few people choose to get on board with a budget – no matter how much it might benefit them.

Those who budget already know that planning your spending and saving is the best way to solve common financial problems that plague people today – things like a lack of emergency savings or a paycheck-to-paycheck existence.

If you're not budgeting already, you might even be surprised to find out just how many problems a budget can cure. Here are some of the biggest issues you can solve if you're willing to do the work and set up a budget of your own:

#1: You have no idea where your money is going.

Ever feel like the balance in your checking account just seems to evaporate? One of the biggest benefits of budgeting is just figuring out where your money is going each month. For a lot of people, it's difficult to decipher where their cash disappears to until they start budgeting and tracking their spending.

While there are several different kinds of budgets, pretty much all of them require you to keep track of your spending in all important categories, including food, dining out, miscellaneous, entertainment, and regular bills. You also need to track your savings, and many budgets involve "paying yourself first" so your savings goals are always met.

Without a budget, you're more likely to spend your paychecks as they come in with no rhyme or reason at all. If the money's in the bank for what you want when you want it, you might be more inclined to splurge on something wasteful without having any idea what other bills, responsibilities, or more important wants will be affected later that month.

With a budget, on the other hand, you have to be real with yourself. A quick analysis of your past spending will make it perfectly clear where you're money's been disappearing to all these months or years. When you write down a financial plan every month, there's nowhere to hide – and if you spend money you don't have, you'll know it ahead of time.

The bottom line: It's hard to know where your money is going when you don't pay attention to it, but a budget can make your financial situation crystal clear. Not only can it help you plan out your spending, but it can help you stay on track as the month progresses.

In the same vein, budgeting has a way of helping you discover your problem areas or "money leaks" – areas of your life where you constantly overspend. It's easy to buy a new sweater or book every few days and not realize the kind of cumulative damage you're doing. But, when you start budgeting and tracking your spending, you may quickly realize that those seemingly sporadic purchases have been adding up to hundreds of dollars per month.

Budgeting is also a great way to tackle the areas where most people have trouble – food and entertainment spending. You might think your grocery bills are under control or that you're not spending much on dinners out, but a budget and a few weeks of tracking your spending will set the record straight. You might also believe your entertainment spending is pretty low, only to find you're dropping a lot more than you think on movies, sporting events, and fun nights out.

If you're pretty sure that your overspending, but don't know where or how to stop, a budget can tell you for sure.

If you're not saving much if any money and don't have an emergency fund, you're like the average American. But that's not a great thing to be when it comes to money, and like most Americans, you'd probably benefit from a budget.

One of the biggest perks of budgeting (and especially zero-sum budgeting) is that it forces you to save money as you reduce financial waste. Zero-sum budgeting even asks you to list your savings on your written budget and pay it like a regular bill.

#4: You struggle to afford the things you really want.

Budgeting is a process, and part of that process involves some fairly painful steps. For example, you'll need to determine the difference between the wants you're splurging on and the needs you actually can't live without. And you may also find out that you have to cut some of those wants out of your budget. To save money — for retirement, college, vacations, or any other goal — you have to spend less than you earn.

This part, in particular, can be painful. It's not easy to admit you need to quit dining out so much or to take the kids out of a few sports or extracurricular activities. But if you can't truly afford it, you're only hurting yourself the longer it goes on.

The thing is, it's hard to make a good decision on what to cut when you don't know "where you're at" in the first place. Without a budget and a few weeks spent tracking your spending, it's impossible to know what your spending problems actually are, let alone how to fix them.

And while a budget may include some painful steps, remember that it's a tool to help you. The whole point of a budget isn't to ruin your life – it's to improve it, to help you prioritize your spending with a focus on what really matters to you. A budget can help you locate and stop wasteful purchases that don't add to your life, so you can afford your big goals, like that family trip or kitchen remodel you've been dreaming about.

#5: You have trouble keeping track of bills.

One unexpected side effect of budgeting is the amount of organization it can bring into your life. Before you start budgeting, you might pay your bills as they arrive, or in clusters a few times per month. But, if you don't really keep track that closely, you may not realize a bill is missing or how much you really spend on it. (And making consistent, on-time payments is the No. 1 factor in your credit score.)

A budget makes it easy to stay organized because you're always keeping track of which bills are due, which are coming, and which ones you've already paid. With a zero-sum budget specifically, you'll actually "check off" each bill as its paid so that you can know which bills are still owed and when at any given time.

Cash flow problems can cause financial catastrophe whether you're living below your means or not. If all of your bills are due at once – or if you're not great at managing your available cash throughout the month – a budget can help you craft a better plan.

Generally speaking, budgeting will help you build a savings buffer in addition to your emergency fund. You can use your savings buffer to cover a surge of bills at the beginning of the month, then replenish your buffer near the end of the month when you have more cash on hand.

Meanwhile, the planning aspect of budgeting can also help you manage cash flow better. When you know which bills are due and when, and your expenses are less than your income, it's a lot easier to stay on track and never run out of cash when you need it.

If you're like the majority of Americans and aren't using a budget, it might be time to give it another try. A budget doesn't have to be restrictive if you don't want it to be, but it will help give you a sense of purpose if you've "winged" your finances in the past.

But, don't take my word for it. Ask one of the 1/3 of Americans you know who uses a budget what they think – and why they bother to spend the time. Chances are, they'll tell you that budgeting helps them be intentional with their spending while helping them avoid debt and pushing them to save more for the future.

At the end of the day, that's what most of us want anyway – more money in the bank for bills and fun and a break from the stress of debt.

This article was written by Holly Johnson from The Simple Dollar and was legally licensed through the NewsCred publisher network. Please direct all licensing questions to legal@newscred.com.

Related Topics
October 14, 2020
I used to think penny pinching was the only way to build savings, but now I have a 4-part strategy that helps me save thousands and enjoy my money
by Jackie Lam
October 08, 2020
To take back control of their finances, millennials need to embrace the "B" word
September 10, 2020
A financial planner shares 4 simple but critical budgeting tips for managing money during COVID-19
by Natalie Taylor